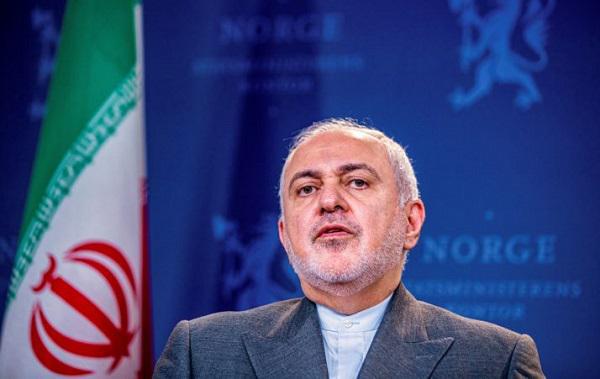 For what purpose is Zarif coming to Tbilisi and what should Georgia be worried about?  - Iranian expert analysis

He added that the top Iranian diplomat is scheduled to discuss bilateral issues, the latest developments in the Caucasus, joints projects and ways of promoting peace and stability in the region with his counterparts and other top officials of these countries.

As Senior Scholar at the Center for East European Studies, Hamed Kazemzadeh told the Accent “Zarif's regional trip to the Caucasus will focus more on bilateral ties, ongoing economic and transportation projects, and the latest developments after the Karabakh Conflict in the Caucasus.”

“Iran is trying to make a symbolic trip to the region after being eliminated from the Nagorno-Karabakh peace process by Russia and Turkey. I must point out that Biden's victory in the US election will affect Iran's diplomacy in the Caucasus, and that this trip may be a message to the South Caucasian countries after the inauguration of the US President that Iran is ready to reopen and strengthen bilateral and multilateral economic ties. In my opinion, during his upcoming visit to Tbilisi, Zarif will focus more on regional cooperation, the exchange of Iranian prisoners, and unfinished projects in the energy and water transfer sectors.” Kazemzadeh said.

As Kazemzadeh said in the past two decades, relations between the two countries have been accompanied by ups and downs, noting “that Iran-Georgia relations are a function of Iran's relations with Europe and the United States”:

“In the past two decades, relations between Georgia and Iran have been accompanied by ups and downs due to the structure of the international arena, the competition of various regional and extra-regional players, and the adoption of different policies by the governments of Iran and Georgia. Whenever the development of relations was due to expanding economic cooperation, bilateral relations have been successful and growing. Otherwise, the process has followed a downward trend. As per your question, I should mention that Iran-Georgia relations are a function of Iran's relations with Europe and the United States. As Iran's relations with Europe strengthened, so did its relations with Georgia. The best example was after the nuclear deal between Iran and the West. If you recall, after the nuclear deal, the growth of economic relations between Iran and Georgia increased sharply in both the energy and tourism sectors.”

As for the cooperation areas, Kazemzadeh believes that “Iran's cooperation with regional organizations such as the Black Sea Economic Cooperation (BSEC), and with the three South Caucasus countries in the field of transportation, are the available opportunities.”

“At the present time, the two countries' cooperation on transportation and particularly ground transport is performed well. In the railroad field, there are also plans to expand this scope and the Astara, Baku, Batumi route can be noted in this regard,” he said.

According to him, “strategically, Iran seeks to increase the role of the geographical buffer (south-north corridor) in the transportation of goods and services and the transfer of energy, which can create a common interest between the two countries. On the other hand, Georgia can access Iran's southern ports in the Persian Gulf and the Indian Ocean in less than a day. However, unfinished transportation and railway projects in Iran must be completed.”

“Another issue that will play a new role in the relations between the two countries in the future is cultural relations with a focus on tourism. The historical relations between the two countries and the tourist attractions of Georgia have always encouraged Iranians to travel to this country. So in my opinion, Iranian tourists can have a special place in the Georgian tourism industry. This happened two times in the period of 2012-2013 and 2016-2017,” he added.

Kazemzadeh believes that after the Nagorno-Karabakh partly conflict resolution, Georgia should be more concerned. For two main reasons:

“One is that Georgia's role as a buffer between Azerbaijan-Turkey and between Armenia-Russia has been largely ignored. In principle, if the South Caucasus Railway is re-established, Yerevan will be connected to Russia via Azerbaijan and Baku will be connected to Turkey via Armenia. This means eliminating Georgia's constructive role in the trade of goods and services in the South Caucasus.

The second point is the Nagorno-Karabakh peacebuilding model, which will be dangerous for Georgia's territorial integrity. That is the forced presence of Russian peacekeepers on the borders of the conflict zones and accepting the existence of a nation-state within the territory of the Republic of Azerbaijan. This is a dangerous trend that shows that Russia can dictate its security policies in the South Caucasus region without the supervision of international organizations and states, especially the Organization for Security and Cooperation in Europe.” he told the Accent.

According to him, “strengthening relations with the European Union and forming regional alliances (such as Georgia-Ukraine-Moldova or Azerbaijan-Georgia-Turkey) is - in my opinion, and that of many experts - one of the best ways to prevent Russia's interference in Georgian territorial integrity.”

“Also, national unity in the field of internal policy can have a great impact on the neighbours' regional policies towards Georgia.” he added.