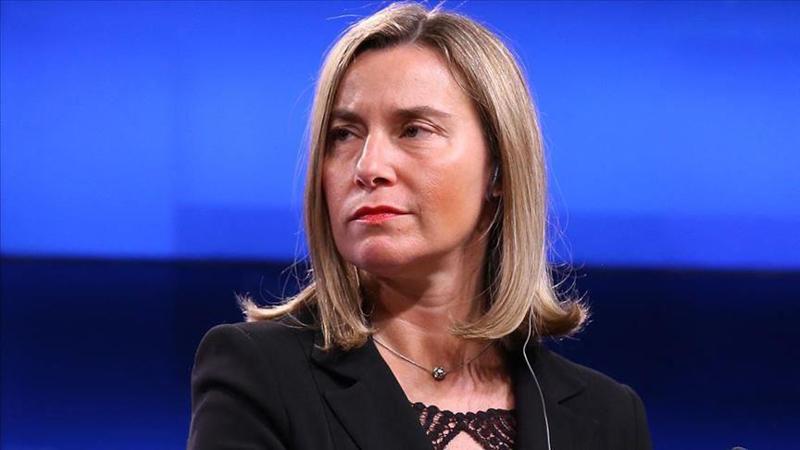 Foreign ministers from the European Union and the six Eastern Partnership countries have downgraded a celebratory statement marking the 10th anniversary of the partnership that aims to bring Armenia, Azerbaijan, Belarus, Georgia, Moldova, and Ukraine closer to the bloc without the concrete offer of EU membership.

Sources told RFE/RL that the change came because Azerbaijan was unhappy that the text did not mention the issue of territorial integrity.

The text of the statement remains the same. But instead of being signed by all participants, it was approved only by the chairperson of the meeting -- EU foreign-policy chief Federica Mogherini.

Tensions have long been high between Armenia and Azerbaijan over Azerbaijan's breakaway Nagorno-Karabakh region.

The region, which is populated mainly by ethnic Armenians, declared independence from Azerbaijan amid a 1988-94 war that claimed some 30,000 lives and displaced hundreds of thousands of people.

Since 1994, when a cease-fire agreement was reached, it has been under the control of ethnic Armenian forces that Baku says include troops supplied by Armenia.

In the lead up to negotiations on the text, Georgia and Ukraine also expressed dissatisfaction that the text did not include Brussels' acknowledgement of some eastern partners' "European aspirations."

But Tbilisi and Kyiv accepted wording that referred to older texts such as previous Eastern Partnership summit statements.

"We reaffirm the joint commitments enshrined in the Eastern Partnership Summit declarations; and to underline our firm intention to carry them forward," the celebratory statement said.