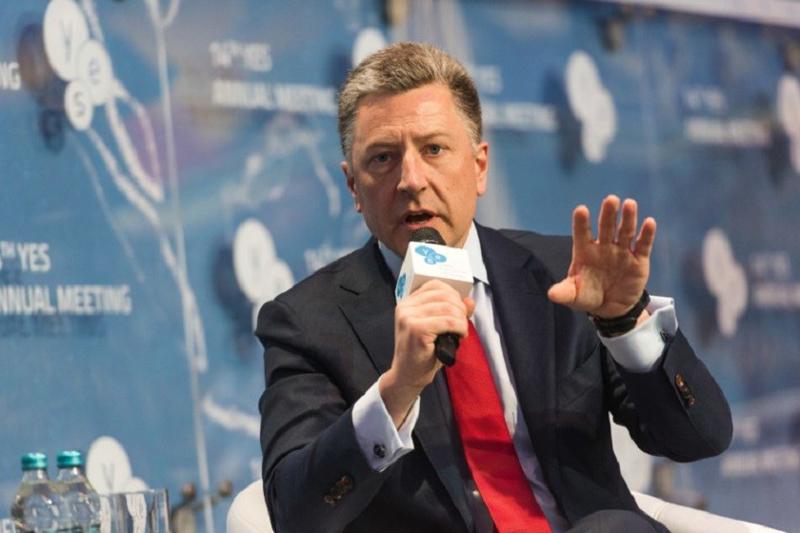 Kurt Walker on Anaklia Port: “It has potential to be strategically important for Georgia's security and future”

The U.S. Special Representative for Ukraine Negotiations, the executive director of the McCain Institute, Kurt Volker said that “the Anaklia Deep Sea Port has potential to be strategically important for Georgia's security and future.”

The construction of the Anaklia Deep Sea Port started on December 20, 2017. The opening of the first phase of the Port is scheduled by 2021.

“First of all, the construction of the Anaklia Deep Sea port is in the strategic interests of Georgia. When we think about the security of the country, of course, we mean military security, but it is more important to strengthen democracy, reform, economic growth, shipments and trade. Therefore, this port has potential to be strategically important for Georgia's security and future. You mentioned the American companies that are involved in this project. In Washington, we do not have any special interest in Anaklia, but we are interested in Georgia to be a successful, progressive and protected country. This project can bring all this”, - Volker told television channel Rustavi 2.

He also spoke about Russia's suspicions that the American submarines will enter in the Anaklia Deep Sea port.

"The port itself means that ships and submarines will enter in the port. There's nothing new,” he said.

Kurt Walker hopes that “the Anaklia project will go forward.”

“I am sure Georgians will find a way to implement this project,” he added.

As Kurt Volker stated, the foreign investors’ attitude towards the investment environment in Georgia is very important for “the country’s future reputation”.

“I hope that the clever people from both sides will be able to solve TBC Bank case in accordance with the rule of law,” Volker said.

The Prosecutor’s Office of Georgia launched criminal investigation against TBC Bank, the leading Georgian banking company, in January 2019 over money-laundering allegations involving a USD 17 million transaction that took place in 2008. The bank denied the charges, saying the transaction was legal and was inspected multiple times by the authorities, the National Bank of Georgia (NBG) and international auditors.

On February 13, the National Bank of Georgia requested TBC Bank’s shareholders to remove the Chairman of the Supervisory Board, Mamuka Khazaradze and his deputy Badri Japaridze. Initially, the bank said it would challenge the decision in courts, but on February 21, Khazaradze and Japaridze resigned from their posts following the decision of the Supervisory Board to withdraw the lawsuit.

Khazaradze retains his position as the Board Chair of TBC Bank Group PLC, the parent company to TBC, registered in the UK.