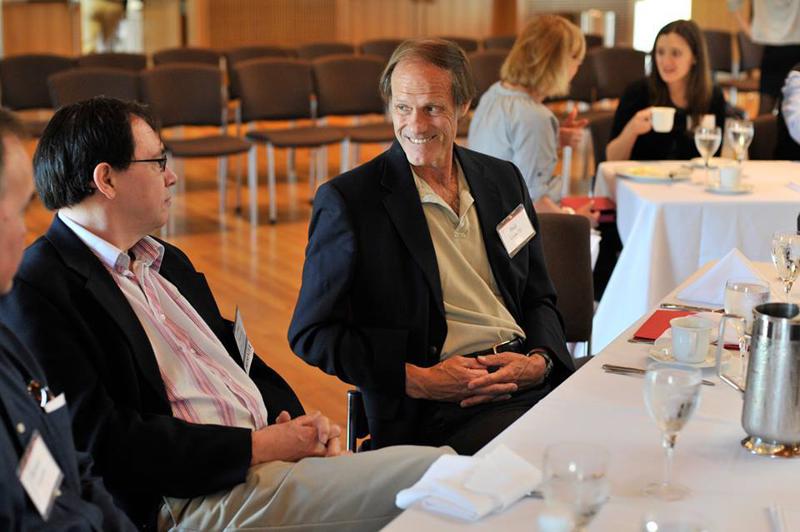 Bud Coote - Reliance on Gazprom for gas supplies, even for diversification, creates more vulnerability for Georgia

-Mr. Coote, the Georgian Economy Minister Giorgi Kobulia stated on February 18, that “the country does not want the only supplier to be Azerbaijan and we need diversification. We are negotiating with Gazprom for diversification”. Have you seen urgent need and real reason for Georgia to take an immediate step in this direction?

- I think that Azerbaijan has proved that it is a reliable gas supplier to Georgia for many years. Azerbaijan's gas exports are growing with the progress of the Shah Deniz 2 project and the completion of the gas connection of the TANAP pipeline to Turkey in June 2018.

I believe that there is not an "urgent need" for Georgia to take an "immediate step" toward diversification if it involves a deal with Russia's Gazprom.

- How reliable will be this diversification, if this will be Russian Gazprom?

-Gazprom has proved that it is an unreliable gas supplier for Georgia and many other countries. Diversification of oil supplies is generally a good idea to protect a country's security, but gas supply diversity can create vulnerabilities by locking in infrastructure commitments and linkages that can shut out more reliable options. Reliance on Gazprom for gas supplies, even for diversification, creates more vulnerability for Georgia. As we have seen Russia uses Gazprom to exert economic and political pressure on countries dependent upon its gas supplies.

-According to the Armenian media, Armenia's acting Prime Minister Nikol Pashinyan and Iranian president Hassan Rouhani discussed Iranian gas exports in Georgia. In your opinion, how prospective might be this for Georgia in terms of geopolitical and geo-economic point of view?

-Georgia might be able to benefit from future gas exports from Iran, if Iran has available gas exports and wants to export more gas. However, gas exports are not a major priority for Iran. Supplying gas for growing domestic consumption, for gas injection into oilfields to help boost oil production, and to feed Iran's growing petrochemical industry are all higher priorities. Moreover, Russia has a strong influence in Armenia and is unlikely to allow Armenia to re-export Iranian gas to Georgia. In fact, when the deal to allow Iranian gas to export gas to Armenia, Russia insisted that the diameter of the gas pipeline be limited so that Armenia would not have enough capacity to re-export gas.

-What would be your recommendations for the Georgian government in this reality?

-My recommendations are that the Georgian government should buy as much gas from Azerbaijan as possible and as little gas from Russia, at least during the current Russian leadership and its policies. I would also say that under current Russian policies, Georgia might want to explore gas imports from Iran through Azerbaijan rather than through Armenia, just because of Russian influence in Armenia. Also, there is existing infrastructure in southern Azerbaijan that could help Iranian gas exports to Georgia.