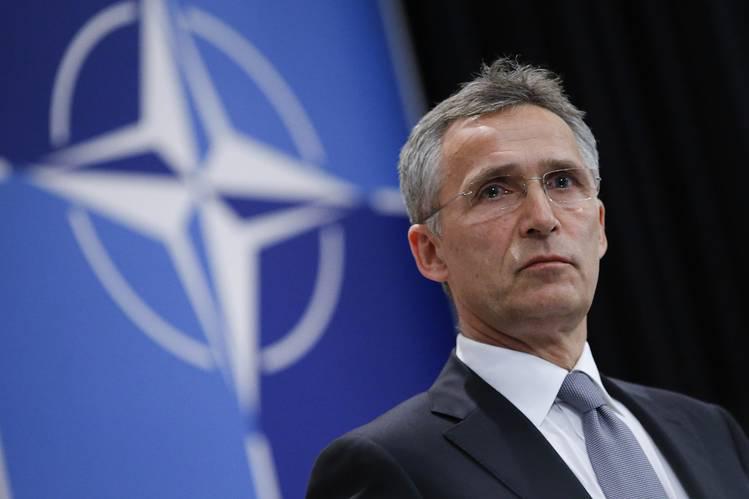 NATO Chief: We expect Georgia to continue to focus on consolidating democratic institutions and to strengthen the rule of law

- Mr. Stoltenberg, a short time ago meetings of NATO Ministers of Foreign Affairs took place. Following the meeting of the North Atlantic Council with Georgia and Ukraine in Foreign Ministers' session, you stated: “At our meeting today, we agreed to continue working together to prepare Georgia for NATO membership. We recognised the significant progress Georgia has made with its reforms”. Could you tell us specific directions, where the country has problems today? Could you tell us the specific issues on which Georgia should work in order to meet all necessary requirements for NATO membership?

- On 6 February, Allies signed the Accession Protocol for the future Republic of North Macedonia, the country that will become the thirtieth member of NATO when the ratification procedures of Allies will be finalised. This event also shows that NATO’s doors remain open to democracies who are ready and willing to further the goals of the Washington Treaty. The focus now for Georgia must be on taking forward key reforms. Georgia has carried out impressive reforms and their implementation needs to continue. For this, Georgia benefits from unprecedented support and assistance from NATO and has all the tools necessary to prepare for membership. NATO is offering political and practical assistance and I encourage Georgia to continue making full use of all the opportunities for coming closer to the Alliance. We expect Georgia to continue to focus on consolidating democratic institutions and to strengthen the rule of law. This includes reform of the judiciary, the transparency of political party funding, but also efforts to strengthen accountability in the defence and security sector and to develop defence capabilities in accordance with NATO standards. What is important now is to continue using all the tools to prepare for membership, not least the Substantial NATO-Georgia Package under which Allies provide expert and financial support to help Georgia build its own defence capabilities. We look forward to the joint NATO-Georgia military exercise in March of this year. That exercise will not only show NATO’s commitment to Georgia, but also showcase the improved capabilities of the Georgian Armed Forces to work with Allies.

- As is known, one of the key requirements for NATO membership is strengthening democracy. Last year Georgia held presidential elections that were criticized by local and international observers, including the OSCE observation mission. How would you assess current situation in Georgia in terms of democratic development?

- We commend the Georgian authorities for the organization of the presidential elections last year, which were considered free and fair by the OSCE. It was a hard fought campaign. But I am confident that the government will address the shortcomings that were identified and work to ensure a level playing field during future elections in accordance with recommendations of the OSCE.

I was happy to welcome President Zurabishvili to NATO on her first foreign visit in January. And I look forward to working with her and the Georgian government in advancing Georgia’s reforms.

- As you stated following the meeting of the North Atlantic Council with Georgia and Ukraine in Foreign Ministers' session, NATO has substantially increased its presence in the Black Sea region over the past few years, however, the Kerch Strait incident shows that it is insufficient to prevent Russia's behaviour in the region. Is the Alliance going to take additional measures?

- We are concerned by Russia’s military build-up in the Black Sea region. Black Sea security is a priority for NATO. Three Allies, Bulgaria, Romania and Turkey, and two of our key partners, Georgia and Ukraine, are littoral states. Russia’s ongoing militarisation of Crimea, the Black Sea and the Sea of Azov undermine the stability of the broader region. And this affects NATO and Georgia.

In 2018, NATO ships spent 120 days in the Black Sea, compared to 80 in 2017. And only in the last few weeks a British ship, the HMS Echo, and a US ship, the USS Fort McHenry took part in port visits and exercises in the Black Sea. Several Allies conduct NATO air policing in the region, and Allies also conduct regular reconnaissance flights over the Black Sea.

- In recent years, Russian propaganda has become more active in the World, including in Georgia. According to Russian propaganda, NATO causes a confrontation with Russia and "If we will be quiet, everything will be fine." In your opinion, is NATO aspiration a real cause of Russia’s aggression against its neighbours?

- The fundamental principle when it comes to Georgia’s NATO aspirations is that Georgia has a sovereign right to choose its own security arrangements. And to decide whether it joins any treaty or alliance. This principle is stated in international agreements including the Helsinki Final Act and the NATO-Russia Founding Act, both signed by Russia. No third country, including Russia, has a right to interfere on the issue of NATO membership. And all countries, including Russia, need to repsect this principle.

We should all be vigilant against disinformation campaigns directed at our societies and our troops. Disinformation campaigns and propaganda are part of the hybrid threats that we are facing. These threats also include sophisticated cyber-attacks and political and economic pressure. NATO Allies are responding to Russia’s hybrid challenges, and we also work closely with partners, including Georgia, to be able to respond to these challenges.

And we actively counter propaganda with facts - online, on air and in print.

- The de facto leaders of occupied Abkhazia and Tskhinvali region are concerned about the close relations between NATO and Georgia. As they stated, not only NATO membership, but also Georgia’s NATO aspiration is a direct threat to them. What would you say about this?

- Again, Georgia has a sovereign right to choose its own security arrangements. We respect and support the right of all our partners to make independent and sovereign choices on foreign and security policy, free from external pressure or coercion. The real issue is that Russia does not respect Georgia’s right to choose.

We welcome Georgia’s commitment not to use force to resolve the conflicts in the Abkhazia and South Ossetia regions and its efforts to engage with the populations of these regions with confidence building measures.