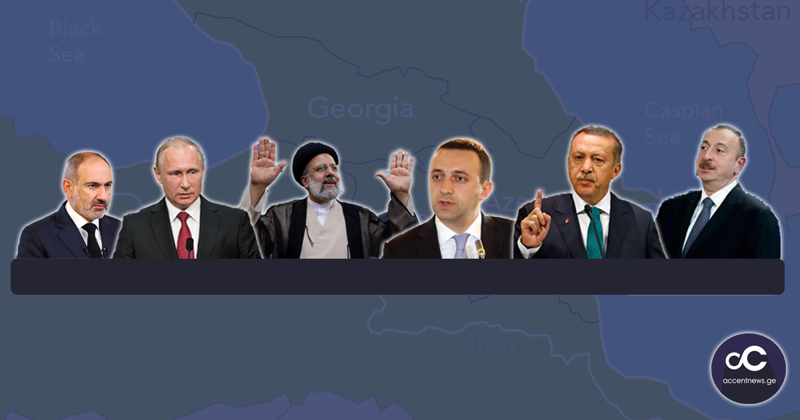 Tensions between Iran and Azerbaijan, which experts consider in a broader context than the confrontation between the two countries, remain high. The existing situation poses additional challenges to the region's already vulnerable security environment. Given this prospect of establishing the so-called 3+3 platform (involving Russia, Turkey, Iran as well as Armenia, Azerbaijan and Georgia), announced by Turkish President Recep Tayyip Erdogan in December, is even more dubious. It is true that Tbilisi, considering the Russian factor, initially refused to be involved in the project, however, the recent statement of Georgian Deputy Prime Minister, Foreign Minister David Zalkaliani raised grounds for concern and strong criticism in Georgian expert circles.

“Our partners and neighbors, including Armenia and Azerbaijan, strategic partners, [Turkey] and U.S., are aware that it’ll be very hard for us to participate in the format together with the occupier country [Russia]. Given the situation that we do not see any process towards de-occupation, it is very difficult to sit down in this format and discuss infrastructure projects,” Zalkaliani told the Georgian Public Broadcaster on October 7.

But the Georgian Foreign Minister voiced some “food for thought” for the public, noting that Georgia, in some form or another, should engage in “major geopolitical projects and relations.”

The foreign ministry later accused the critics of misinterpretation, although it has not yet provided more clarity and specificity in the disputed statement. For example, the foreign ministry did not say if the statement about engagement in “major geopolitical projects and relations” meant: a) the so-called 3+3 platform; b) a new transit corridor, the creation of which are considering by Iran and Armenia through Georgia; c) peace initiative on Georgia-Armenia-Azerbaijan cooperation initiated by Prime Minister Irakli Gharibashvili, which is being negotiated with two neighboring states and which is considered by some experts an alternative to the so-called 3+3 platform. Thus, the issue is still unclear and before receiving clear explanations from decision makers, the Accent spoke with Rahim Rahimov, an analyst of the James Town Foundation focusing on Russia, Post-Soviet Space and Political Islam. 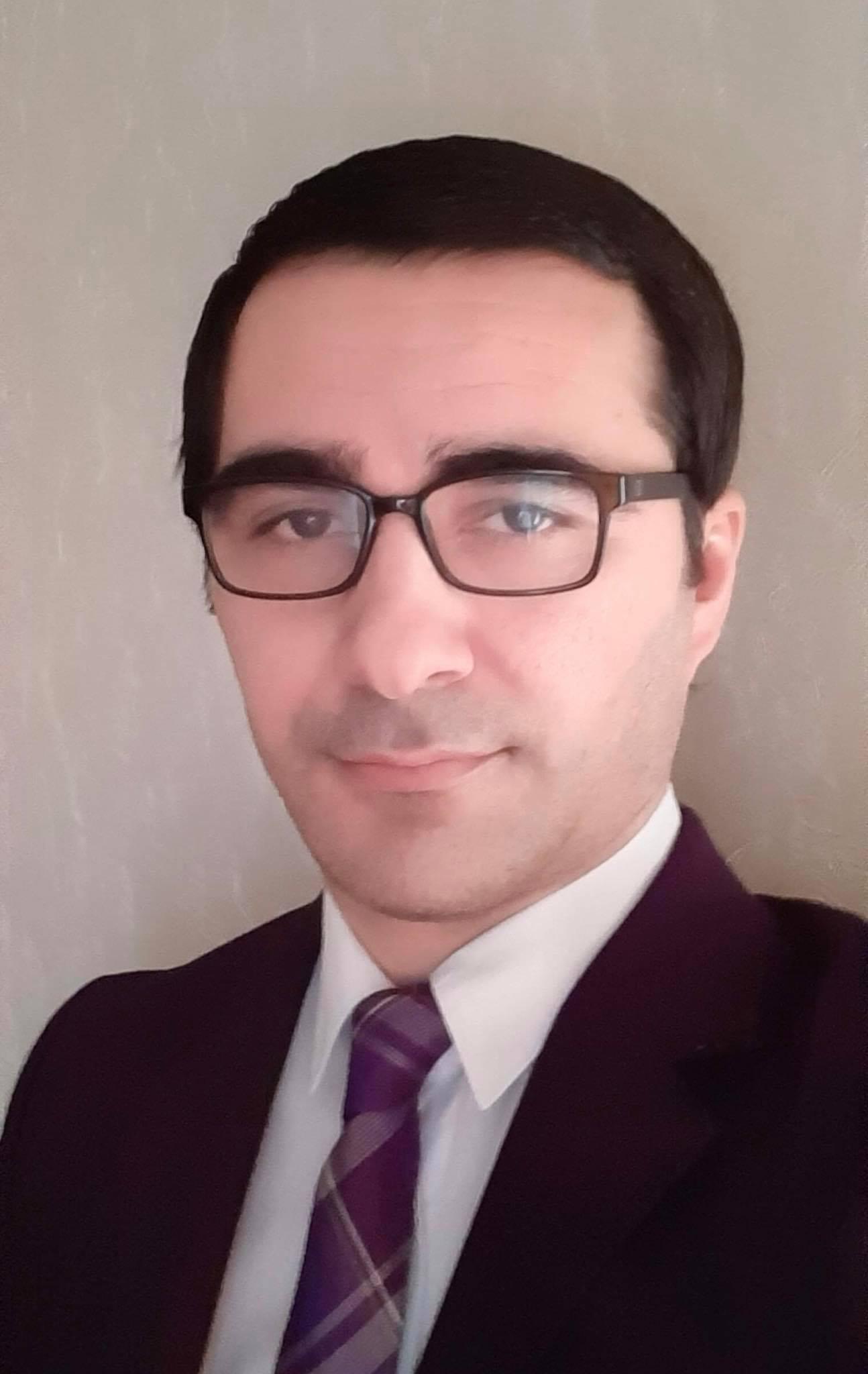 A new phase of tension in the region: Iran VS Azerbaijan

As Rahimov stated, “on the one hand, Georgia is an awkward situation due to the tensions. But on the other hand, it underlines Georgia’s important geostrategic position for either side of the tension.”

“Tbilisi will be rather more inclined towards aligning with Azerbaijan and Turkey due to strategic partnership as well as in consideration of the Israeli factor. Illustratively, amidst the Iran-Azerbaijan tensions, Tbilisi reportedly blocked the entry of Iranian trucks and citizens into Georgia at the Armenian border.

The Iranian-Azerbaijani tensions highlighted wider geopolitical role of Russia for Azerbaijan. Moscow will try to pragmatically use this situation to advance the following objectives – in particular to make a deal with Baku on determination of the formal mandate of Russian peacekeepers in Karabakh and extension of their period of stay beyond initially agreed 5-year term. Moreover, it will also use the situation to press Tehran to ratify the Convention on the Legal Status of the Caspian Sea,” he told the Accent.

After twenty-two years of negotiations, in Aktau on August 12, 2018, Kazakhstan, Azerbaijan, Iran, Russia, and Turkmenistan signed the Convention on the Legal Status of the Caspian Sea. The preamble of the Convention stipulates, among other things, that the Convention, made up of twenty-four articles, was agreed on by the five states based on principles and norms of the Charter of the United Nations and International Law. The enclosed Caspian Sea is bordered by Iran, Russia, and three states that were established following dissolution of the Soviet Union, namely Azerbaijan, Kazakhstan, and Turkmenistan.

According to Rahimov, Transit corridors will be effectively implemented only if it is based on economic logic, peace rationale and (geo-) regional political balance.

“Decontextualizing Iranian-Armenia-Georgian corridor from the broader surrounding situation means that the project is pre-condemned to failure not least because: a) commercially feasible corridor will necessarily entail Azerbaijan as transit corridor and b) Russia as the operator of Armenian railways and as the guard of the Armenian borders,” the expert added.

Rahimov said that the optimism over “3+3”format is oftentimes over-estimated. “The Iranian-Azerbaijani tensions once again pointed that out. Indeed, Russian-Georgian problems obstruct the realization of this format. But I think the problem goes beyond the Russian-Georgian dimension. Now it seems that there is a long way, if at all, to achieve a tangible outcome regarding the 3+3. One major hurdle to that is, 3 small states and 3 regional hegemons are involved. Such an obvious imbalance could inevitably lead to formation of rival groupings among them, which ironically are in place anyway,” he said.

The analyst emphasizes the need for Georgia’s role as a mediator, but states that this shouldn’t be limited to just to the frame of the top political leaders.

“Georgia’s role as the mediator is much needed. However, it shouldn’t be limited to just to the frame of the top political leaders. In that light, Tbilisi’s activity in particular PM Garibashvili’svisits can be regarded at this stage rather as shuttle diplomacy. To be an effective mediator, Tbilisi needs to do more, for instance, by trying to activate societal and other dimensions in parallel. Also I believe that it would be prudent of Tbilisi if it pushes for trilateral Armenian-Azerbaijani-Georgian format at least at the initial stage rather than 4-lateral format.

According to him, “Georgia should focus on trilateral format Azerbaijan-Armenia-Georgia. Otherwise, it will be difficult for Georgia to remain neutral because involvement of bigger powers causes imbalance leading to having to take a side.”

“Being the only pillar of the West is actually an advantage for Georgia in contrast to Russian ally Armenia and Turkish ally Azerbaijan. I think Georgia can strengthen its position and reputation by playing a neutral peace maker between Armenia and Azerbaijan. This will increase Georgia's geopolitical weight in the region. And perhaps international community may be further attracted to Georgia,” Rahimov said.

“To benefit from potential thaw in South Caucasus, Georgia will need to improve or reinforce the business and investment climate in the country,” he added.