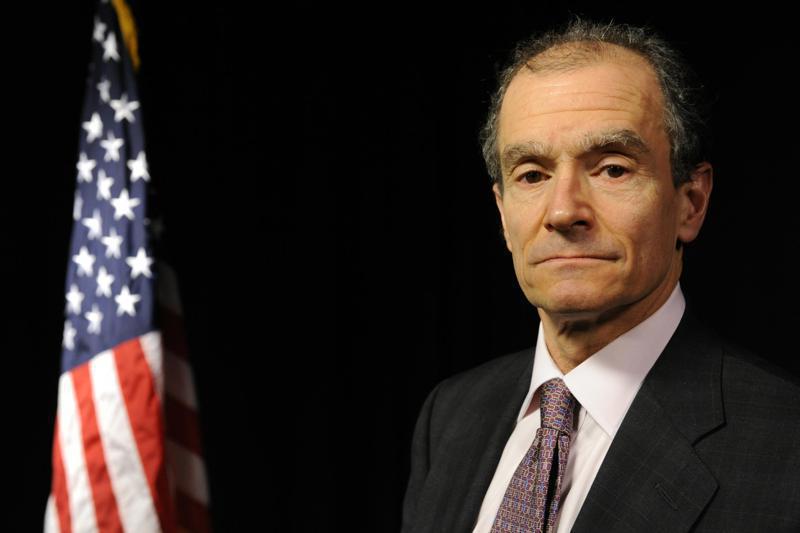 Fried - Georgia should take position of principle in support of Ukraine’s sovereignty, independence and territorial integrity

Tensions between Ukraine and Russia are at their highest in recent years. The West fears that Moscow could launch an invasion. The Kremlin denies it is planning to attack.

A distinguished fellow at the Atlantic Council, a former assistant secretary of state for European and Eurasian affairs during the Obama and George W. Bush administrations, Daniel Fried told the Accent that "Putin wants to restore Moscow’s empire."

"Georgia would sooner or later fall victim to that ambition, as it did in 2008 in a limited way. Of course, the threat to Georgia’s European future also lies within, as Putin’s control depends on a lack of the rule of law and democracy in the countries he seeks to dominate," he added.

When asked, "what should be Georgia's response to the current events in Ukraine?", Fried said:

"No one expects Georgia to expose itself to further Kremlin aggression by, for example, providing security assistance to Ukraine. But Georgia should take a position of principle in support of Ukraine’s sovereignty, independence, and territorial integrity."

Russia insists that Ukraine joining NATO would come at the expense of its own security. NATO disputes the point, insisting that it is a defensive alliance and therefore Russia should have nothing to fear.

On January 28 Russian Foreign Minister Sergey Lavrov told the interviewers, “Today I am sending official requests to all my colleagues with a direct appeal, officially, to explain how they are going to fulfil the obligations that their countries signed at the highest level in the current historical conditions.”

Lavrov said he expected the West to dodge again, but perhaps more importantly, he also seemed ready to wait for another response. “Let’s see what they will answer us,” he said.

According to Fried, "Lavrov seems to be posturing more, than seeking solutions."

"That is one reason why the Biden Administration is so concerned by Kremlin intentions," he added.

As Fried said, "the Biden Administration and many European government would be willing to discuss Europe security, both at a technical and confidence-building and even at a strategic level (though within our basic principles that sovereignty applies to all and no sphere of influence. Putin must decide what he wants."