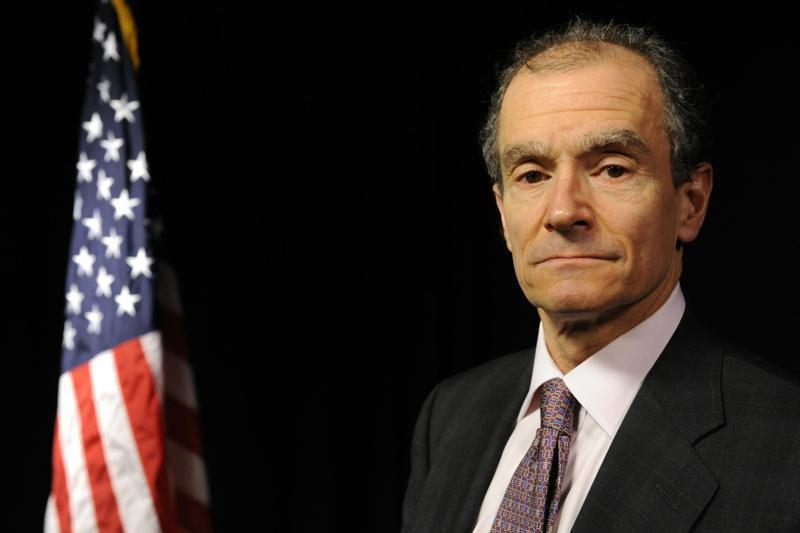 Fried on possibility Georgia to be used by Russia as a "back door" to avoid sanctions: "I suspect that the US knows something"

A distinguished fellow at the Atlantic Council, a former assistant secretary of state for European and Eurasian affairs during the Obama and George W. Bush administrations, Daniel Fried has responded to statements about sanctions made by some diplomats.

"I don’t know the details but suspect that the US knows something. The Georgian government has been awfully slanted toward the Kremlin point of view on this one. I won’t speak of specifics, but sanctions evasion, or helping the Russians evade sanctions, could have consequences," he told the Accent.

In an interview with Radio Liberty on March 23, US Ambassador to Georgia Kelly Degnan said the following:

"We do not want Georgia to be used as a "back door" by companies and individuals to avoid sanctions."

Later, addressing lawmakers in parliament, French Ambassador to Georgia Diego Colas expressed hope that Georgia like Tajikistan, would not have a "black hole" for business during sanctions imposed on Russia over the war in Ukraine.

Georgian Dream government officials have repeatedly rejected to participate in Western sanctions on Russia, arguing the move would bring any damage to Russia and would instead harm the Georgian populace.

On February 25 Georgian Prime Minister Irakli Garibashvili announced Tbilisi would not join international sanctions on Russia over its full-scale attack on Ukraine:

“I want to state clearly and unambiguously, considering our national interests and interests of the people, Georgia does not plan to participate in the financial and economic sanctions, as this would only damage our country and populace more."

It should also be noted that Georgia voted in favour of suspension of Russia’s representation rights in the Council of Europe. It has a clear position at the UN on the violation of Ukraine's sovereignty and Georgia remains open its diplomatic missions in hot spots – Georgian Diplomatic Institutions in Ukraine - Embassy of Georgia in Kyiv and Consulate General in Odessa continue to work in emergency mode. In addition, Georgia supported the EU Declaration on the invasion of Ukraine by the Armed Forces of the Russian Federation; the country co-sponsored a UN Security Council resolution on Russia's invasion of Ukraine; At the meeting of the OSCE Permanent Council, Georgia expressed concern over Russia's aggression against Ukraine and stressed the need for a united and firm response from the international community; Georgia supported the Joint Statement of the International Platform for Crimea and reiterated its support for Ukraine's territorial integrity and sovereignty; At the eleventh special session of the UN General Assembly, the representative of Georgia made a national statement and called on the Russian Federation to immediately cease hostilities and withdraw its troops from the territory of Ukraine. Georgia has sent 100 tons of humanitarian aid to Ukraine. According to the Government, the humanitarian cargo, sent to Ukraine via Warsaw, includes thousands of first-aid products, over 30 different kinds of medications, and oxygen concentrators. In addition, Georgia provides assistance to Ukrainian visitors and refugees in the country.