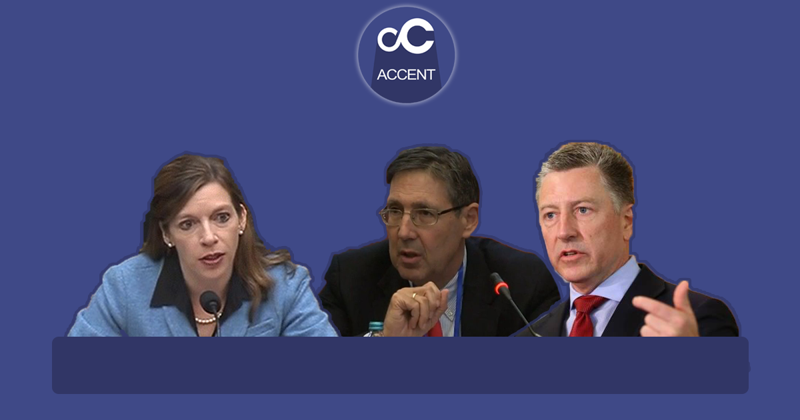 Georgian Dream chair Irakli Kobakhidze has relayed a number of demands to the government of Ukraine, including firing several people, before they would consider sending a ‘high-level’ delegation to Ukraine.

'People who are radical opposition leaders in Georgia, are represented at a high level in the Ukrainian Government. There people are: first of all, the chair of the Ukrainian National Reform Council’s Executive Committee, Mikheil Saakashvili; the advisor to the Ukrainian Prosecutor General, Zurab Adeishvili; the deputy chief of Ukrainian counterintelligence, Giorgi Lortkipandze and Davit Arakhamia [parliamentary leader of Volodymyr Zelenskyy’s Servant of the People party and head of Ukraine’s delegation for peace negotiations] the middleman between the said three persons and top Ukrainian officials,' Kobakhidze said.

Later, Kobakhidze clarified that he had not meant dismissing of Davit Arakhamia:

Former US special envoy to Ukraine, Kurt Volker said that it is up to Ukraine alone whom they choose to put in various government positions.

'Ukraine is a sovereign and independent state, fighting a war of survival against Russian aggression. They deserve all the support we can give them. It is up to Ukraine alone whom they choose to put in various government positions. And it is up to the Georgian Dream whether they wish to visit Ukraine or not,' he told the Accent.

According to former Deputy Assistant Secretary of Defense for Russia/Ukraine/Eurasia,Evelyn Farkas, 'focusing on political vendettas by any politicians in Georgia only weakens Georgia's resistance to Putin and Putinism and surely doesn't help Ukraine.'

"This is an existential moment for democracy in Ukraine, Georgia and throughout Europe, Eurasia and the world. It is a time to focus on defeating President Putin and his aggressive, criminal foreign policy by helping Ukraine prevail on the battlefield and hold onto its sovereignty. That should be the focus for Georgia's political leaders, because if Putin gets his way in Ukraine, Georgia is likely the next Kremlin victim,' Farkas told the Accent.

Former U.S. Ambassador to Ukraine, director of the Atlantic Council's Eurasia Center John Herbst told the Accent that 'tensions between Georgian Dream and opposition political parties in Georgia are a blight on Georgian democracy.'

'Of course there are and must be differences among political parties; but they should be kept within civil bounds. This requirement by Georgian Dream for a trip to Ukraine is another indication of the problem,' he added.

The ruling Georgian Dream and the opposition parties have agreed on a joint trip to Ukraine, but United National Movement has refused to join the delegation.

The delegation is expected to leave for Ukraine tomorrow.